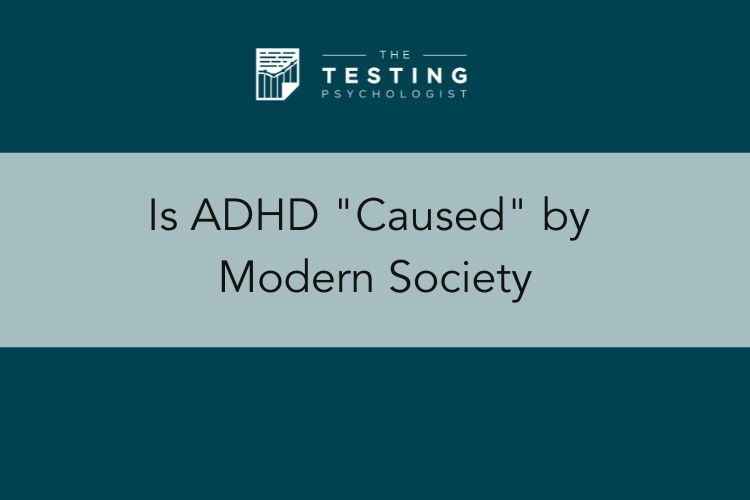 With books like Stolen Focus & Dopamine Detox, it makes sense to ask whether modern society is increasing the prevalence of ADHD. There are many layers to this question, so I tackle a few of the key points, including:

I am honored to partner with PAR to bring you featured items from their catalog! Listen to each episode for specific product recommendations and links. Learn more at www.parinc.com.

The Testing Psychologist podcast is approved for CEU’s!

I’ve partnered with At Health to offer CE credits for podcast episodes! Visit this link to access current and past episodes available for CE credit. You can use code “TTP10” for a discount on ALL the course credits you purchase from At Health!

I’m a licensed psychologist and Clinical Director at the Colorado Center for Assessment & Counseling, a private practice that I founded in 2009 and have grown to over 30 clinicians. I earned my undergraduate degree in Experimental Psychology from the University of South Carolina before getting my Master’s and PhD in Counseling Psychology from Colorado State University. These days, I specialize in psychological and neuropsychological evaluation with kids and adolescents.

As the host of the Testing Psychologist Podcast, I provide private practice consulting for psychologists and other mental health professionals who want to start or grow psychological testing services in their practices. I live in Fort Collins, Colorado with my wife (also a therapist) and two young kids.

Ready to grow your testing services? Click below to schedule a complimentary 30-minute pre-consulting call!